NG have already seen huge benefits from working with Reformed IT to go completely serverless. Having identified the need to modernise the way they work and remove the shackles of office based working with a high volume of paper records, a cloud migration allows NG to stay ahead of their competition. 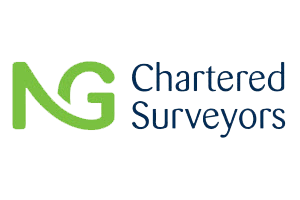 NG are commercial property experts who deal with some of the largest deals in the East Midlands. But what sets them apart from their competition is their dedication and commitment to doing what is right for their clients.

It’s hard to miss the green NG signs which you will see prominently displayed on commercial property throughout the East Midlands. You may have also seen one of their eye catching signs outside their West Bridgford office on Loughborough Road.

It’s easy to see that NG are a business with personality which is a strong reflection of their team headed up by Managing Director, Richard Sutton.

If you’re looking for a commercial property in the area or you need a team who can find a tenant or buyer for your property then take a look at their website here.

As a business, NG always strive for improvement in everything they do. The team are experts with property but understanding IT systems and the cloud is far from the world of property.

Although NG had seeked external advice on IT projects before, there had always been an inevitable breakdown of communication. They needed an IT partner who could really understand their business requirements and come up with a solution, without baffling them with science.

The on-premise servers were ageing and as such the warranties had lapsed and software was soon to become unsupported by Microsoft. They knew they needed to take action but having been sold the wrong solutions in the past, needed to feel confidence with an IT partner.

Having engaged Reformed IT initially to provide Cyber Security Awareness training and consultancy to help mitigate the risk of hackers, NG were already impressed with what they’d seen.

The senior management team then pulled in the skills and expertise of Reformed to discuss and plan a strategy to allow for remote working. The ability shown by Reformed to grasp and understand the core requirements of this evolving business combined with the clear picture painted about what the transition to the cloud world look like, gave NG total confidence in choosing Reformed IT.

Following careful planning in partnership with the board of directors at NG, Reformed IT started to implement the initial stages of the full cloud migration. NG had already migrated their emails to Office 365 a year earlier, however they were still reliant on in-house servers for files, user and device management as well as their phones.

The objective was clear, remove the reliance and therefore the business vulnerability of a physical office. This was an objective which would later prove to be such a significant change at the right time due to the global Covid-19 pandemic which followed months later, crippling some businesses.

As part of the migration, the team at Reformed IT spent time training and educating everyone at NG about the benefits of using Microsoft Teams for collaboration. A structure was created allowing the departmental groups to get easy access to relevant information and files they needed from any device, anywhere in the world. All the existing files stored on the old file server were transferred across to this new structure. No longer were the team forced to sit at a particular desk in an office to gain access to the information they needed. It was now available at their fingertips on laptops, ipads and even mobile phones, whenever they needed it.

One of the major challenges with moving away from a server based system is the element of user and device control. It’s easy for elements such as compliance and data security to be lost ‘in the cloud’. However, Reformed IT ensured that whilst transitioning to a new way of working, the security of data was actually enhanced. Microsoft Intune was used to provide user and device control meaning the data would remain secure even if a device is lost as well as ensuring access would only be granted by trusted devices or from a trusted location.

When Covid-19 showed its devastating effects from March 2020, NG were now in the fortunate position to be able to work from home without major upheaval.

NG are now a much more efficient business which can collaborate on levels which were never possible before. Through these transformational steps the business is working towards a paperless office which will bring about further efficiencies and help the environment in the process. As well as the migration project, NG now also benefits from ongoing IT support from Reformed IT which has been invaluable to them. They know they can adapt the business without being held back by technical problems.

For us it was essential that once the decision to move to the cloud was taken, we found the right consultants to work with us. We hit the bulls eye with Reformed IT. I know we were one of their first clients and all I can say is that everything they promised was delivered, in fact in some cases over delivered. We have really benefited from their expertise and energy, even the customer support function unlike many companies is rapid, knowledgeable and done by real people. Reformed IT have helped us get to the next level and continue to advise us on more technology upgrades.

Hey. Just letting you know that we use cookies on our website to give you the best experience. By clicking “Accept All”, you consent to the use of ALL the cookies or customise your cookies within the settings 🍪
Cookie SettingsAccept All
Manage consent

This website uses cookies to improve your experience while you navigate through the website. Out of these, the cookies that are categorized as necessary are stored on your browser as they are essential for the working of basic functionalities of the website. We also use third-party cookies that help us analyze and understand how you use this website. These cookies will be stored in your browser only with your consent. You also have the option to opt-out of these cookies. But opting out of some of these cookies may affect your browsing experience.
Necessary Always Enabled
Necessary cookies are absolutely essential for the website to function properly. These cookies ensure basic functionalities and security features of the website, anonymously.
Functional
Functional cookies help to perform certain functionalities like sharing the content of the website on social media platforms, collect feedbacks, and other third-party features.
Performance
Performance cookies are used to understand and analyze the key performance indexes of the website which helps in delivering a better user experience for the visitors.
Analytics
Analytical cookies are used to understand how visitors interact with the website. These cookies help provide information on metrics the number of visitors, bounce rate, traffic source, etc.
Advertisement
Advertisement cookies are used to provide visitors with relevant ads and marketing campaigns. These cookies track visitors across websites and collect information to provide customized ads.
Others
Other uncategorized cookies are those that are being analyzed and have not been classified into a category as yet.
SAVE & ACCEPT